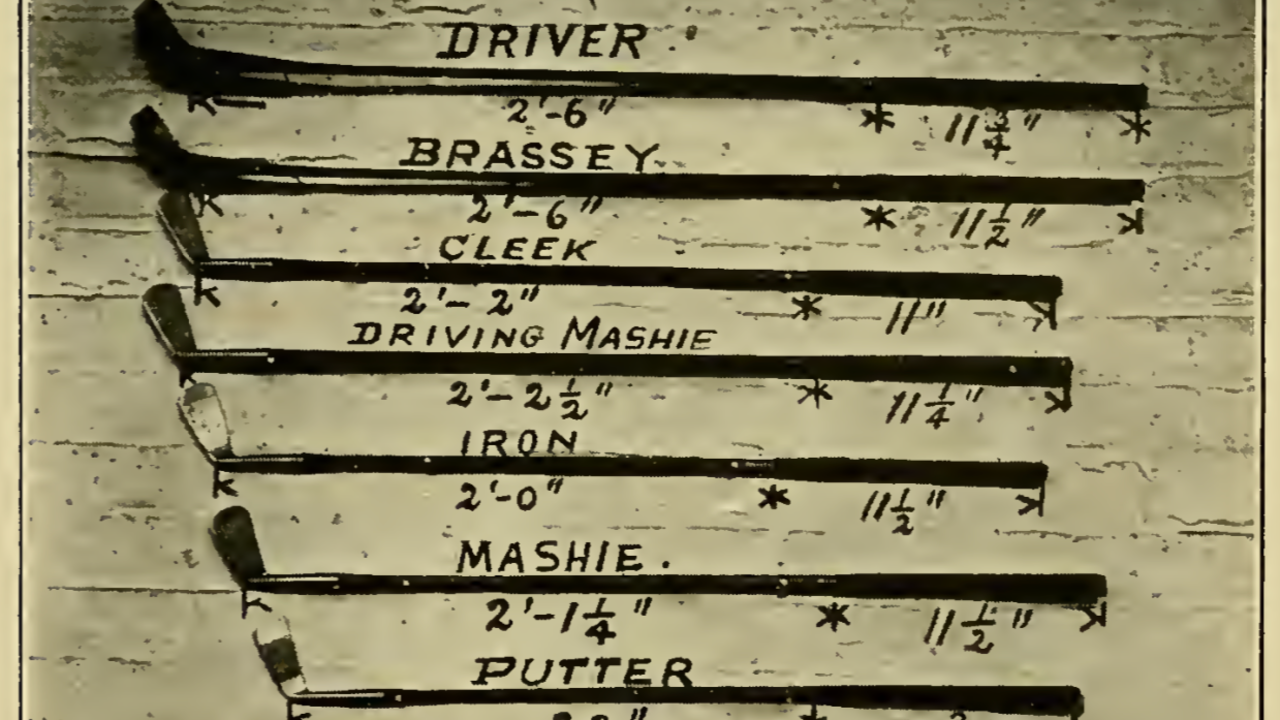 How much does driving distance help the golfer? The obvious, and correct, answer is "a lot", although you'll still find those willing to vigorously dispute it. Perhaps that's because instructors broadly have done a dismal job teaching distance, so they both downplay its importance and claim that it's a "god-given" talent. Much more on the latter will be covered elsewhere. 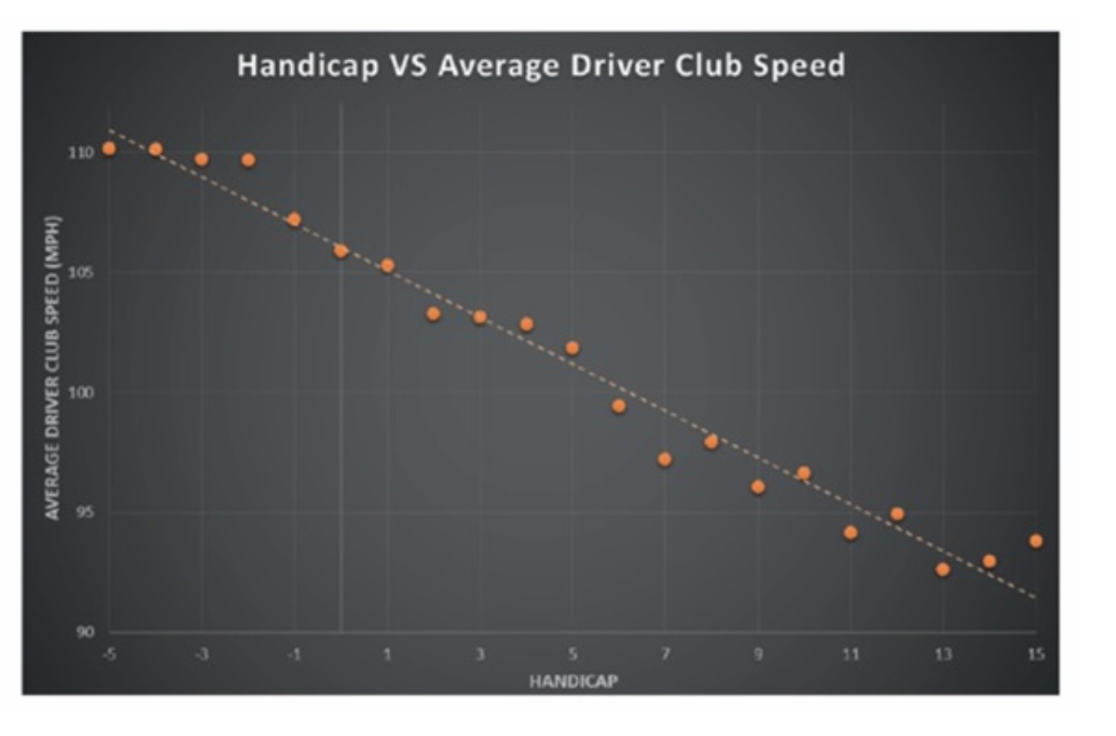 At the professional level, Mark Broadie in his book Every Shot Counts uses his strokes gained methodology to derive an estimated value for an additional 20 yards of driving distance. He is quick to note that his estimate demands a judgment on how much accuracy will be lost as a result of the distance gain, so his is a "guess", not a statistically derived truth. However, before we delve into the details, I'll point out that Broadie presents an observational truth that may surprise some people:

This is the Darwinian result of golf course design and geometry: longer drives that are off-line fly farther into trouble than shorter ones traveling on the same path:

As a result, longer hitters have less margin for error than shorter ones, so those who survive long enough to make it to the tour are inevitably the more accurate and more precise ball strikers. Also, it has been observed, and makes a lot of sense, that superior technique delivers both greater consistency as well as club head speed: 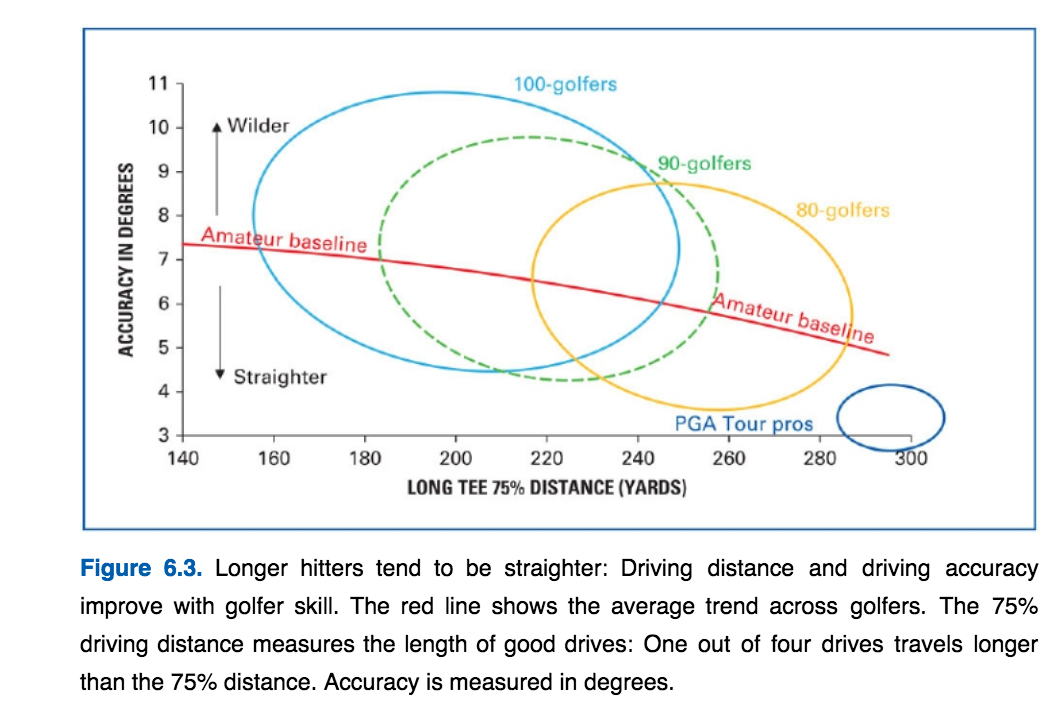 Getting back to the value of 20 extra yards, Broadie calculates the estimated reduction to be about 0.75 strokes per round: 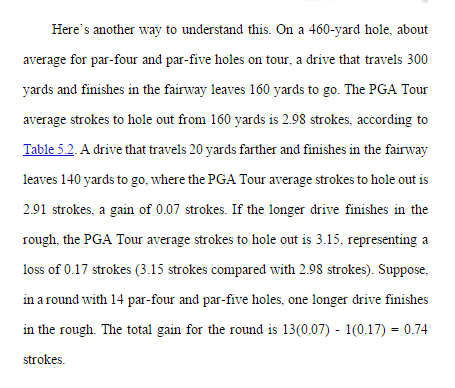 Over the course of four rounds, that's a gain of nearly 3 strokes.

Rich Hunt has also observed annually in his excellent Pro Golf Synopsis that longer hitters have an easier time on tour and longer careers. Why? Because their shorter approach shots tend to produce shorter first putts: 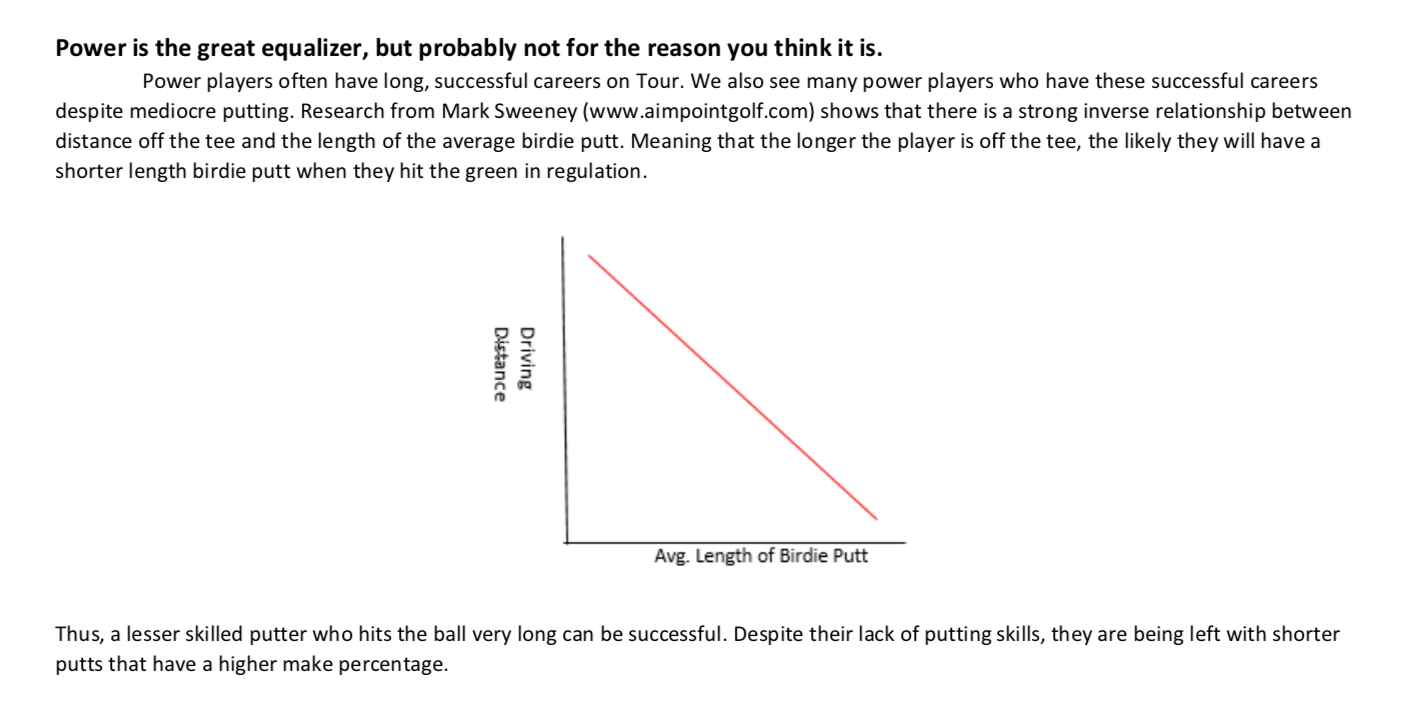 A quick glance tells you that players with below average distance (there are typically around 190 players ranked each year) need superhuman consistency and/or short game to capture a Vardon. The data summarizes as follows: 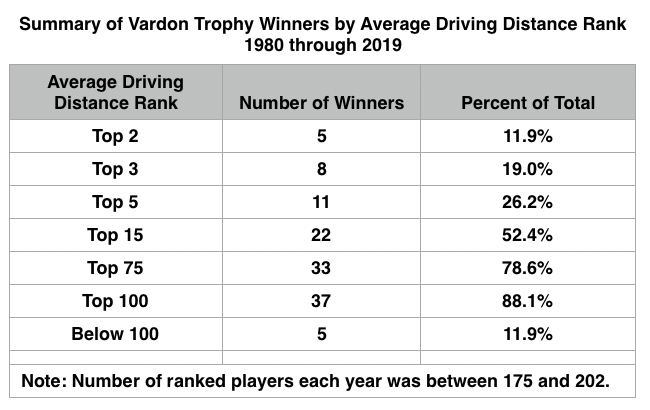